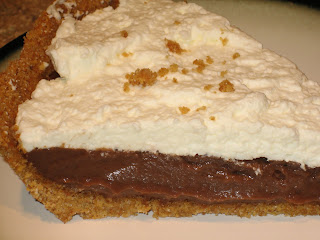 On Sunday I made dinner for Mike’s parents and sister. It was Mike’s mom’s birthday and I was pretty nervous about this – actually I’m pretty nervous about making dinner for anybody but Mike. On the menu was pot roast, carrots, mashed potatoes, english muffin toasting bread, and chocolate cream pie. After about 15 phone calls to my mom, dinner was prepared and set on the table on time, and other than watery gravy and general anxiety, I would say it was a success. Unfortunately, due to my rather extreme nervousness and last-minute preparation, there aren’t too many pictures. I got distracted and forgot about them until after dinner was over. I have a few preparation pictures, and one of leftover pie, but that’s about it.

Pot roast in the crockpot, and the chocolate cream pie… 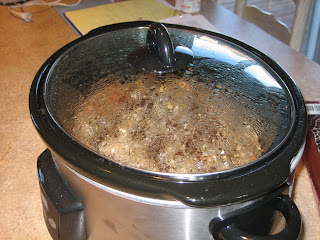 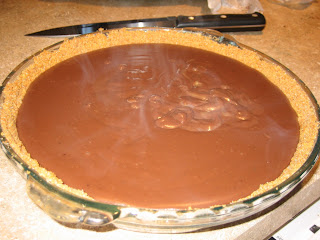 Mike’s mom is a wonderful decorator, and her table is always set so nicely, so for her birthday I did my best and made good use of some of my wedding gifts. 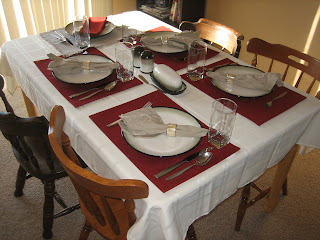