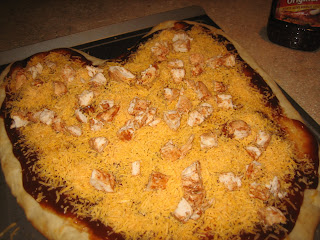 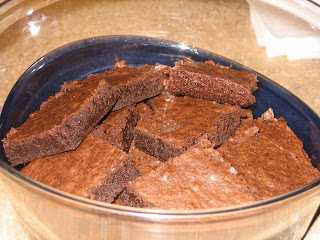 I have a tendency to give in to the cliches and try to have as many heart-shaped things as I can on Valentine’s Day. Unfortunately I lost my heart-shaped cookie cutter somewhere at my brother’s house, so I was unable to make heart shaped brownies. But their square shape did not in any way detract from their deliciousness. 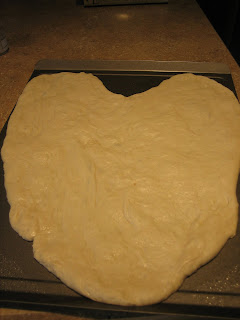 The menu consisted of heart-shaped barbecue chicken pizza and brownies with ice cream. Valentine’s Day is not a day to worry about healthy cooking. I was very happy with how the pizza crust turned out – I tried a new one from king arthur flour, but I was not very happy with the rest of the pizza. I think it was the combination of too much barbecue sauce and cheese that tasted a little off. Mike actually liked it and rated it a 3, but when I tried to give him leftovers a couple days later he took a couple bites, looked at me nervously, and said “Please don’t make me eat any more of this.” So that was the end of the pizza. 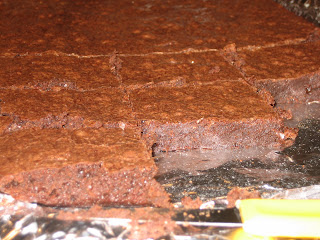 The brownies turned out much better. This is actually the first time I ever made homemade brownies, and I used the classic recipe that used to be on the back of the Baker’s chocolate box. They were really easy to make, and I was surprised at how much more dense and fudgy they were than brownies from a box. I would definitely make these again. As I mentioned, i didn’t have a heart shaped cookie cutter, but we made up for that by heating them in the microwave and topping them with ice cream – so good! 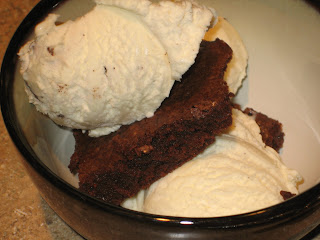