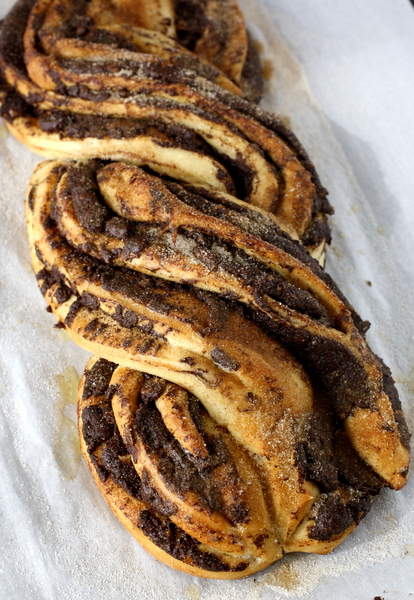 Doesn’t this Mexican chocolate loaf look impressive? Well, good news – it’s not as hard to make as it looks. 🙂

I actually made this quite awhile ago, and I have no idea why it took me this long to share the recipe with you. The recipe comes from Food Network Magazine, and it was a huge hit with the people I shared it with.

It consists of a basic sweet roll dough (which tastes great by itself!) and a spicy chocolate filling. The combination works perfectly together and the end result is a nice rich pastry that isn’t overly sweet.

It definitely has a more adult taste than most chocolate filled pastries. And please don’t be intimidated by the fancy presentation. The pretty braided look is achieved just by cutting the dough in half lengthwise and twisting the two halves together. It’s not nearly as hard as it looks. 🙂

Let me know if you try this one – we loved it! 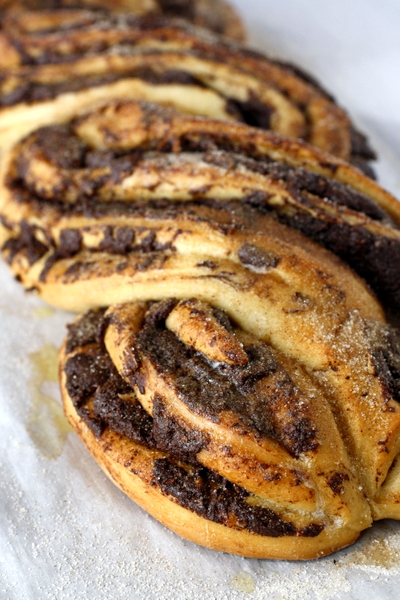