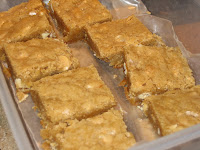 I’ve never made blondies before, (I’m not sure I’ve even had one before), but the way they’re always described intrigued me – a brownie without the chocolate? sounds great! These looked very promising from the pictures, and best of all, they’re customizable. There is a basic recipe with a whole list of additions ranging from chocolate chips to dried fruit to mashed bananas. I decided on a simple combination in keeping with the blondie theme – white chocolate chips.

Looking back, I don’t think that was the best choice. These are incredibly sweet. I think the addition of white chocolate, rather than semi-sweet chocolate or even dried fruit made them a little too rich. They taste good, but I would either cut back on the sugar a little next time, or add something different into the batter.

Mike rated them a 3.25. As i was making them I knew they wouldn’t be his favorite because I could already tell they were going to taste a little butterscotchy. We both like them, but I don’t think either of us would choose them over the similar, yet better tasting, bugs bunny bars. But if you’re looking for a customizable, very sweet, easy dessert, give them a shot. They got a lot of rave reviews on the site where I got the recipe. 🙂 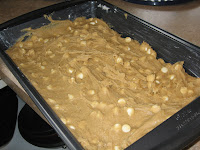 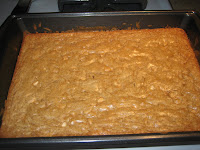 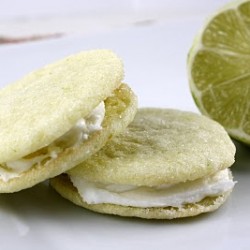 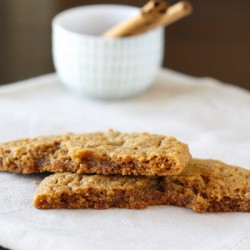 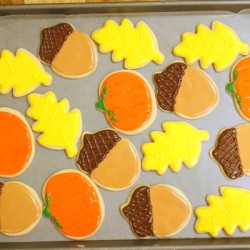