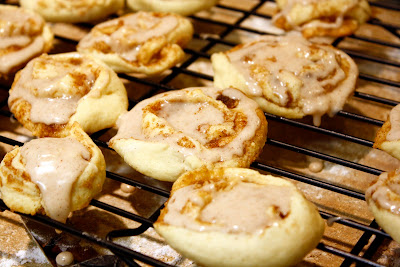 Cookies that taste like cinnamon rolls? This just might be the best cookie idea I’ve seen in a long time. I got the recipe from a fellow blogger, Picky Palate, and I’m so impressed that she came up with this! It’s a basic sugar cookie dough, rolled up with butter, cinnamon and sugar, sliced and baked. Oh and topped with a delicious cinnamon frosting. That just pushes it over the edge.  I love the uniqueness of these cookies. And the fact that they’re absolutely delicious (and addicting). 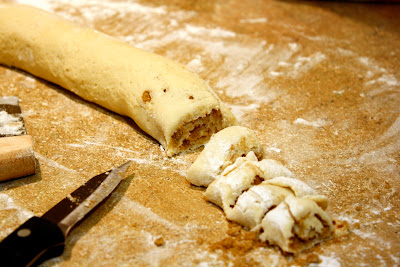 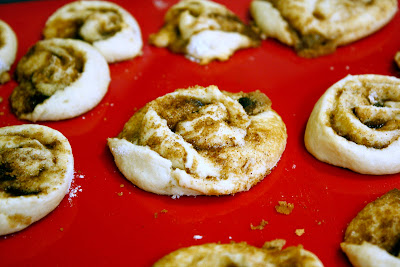 These were a huge hit with everyone who tried them. I sent some to work with Mike, I took some to my coworkers, and I saved some for some family who was visiting this past weekend (yes, this recipe makes a lot of cookies). I haven’t heard a single negative review and I got asked countless times for the recipe. Mike has since declared that these need to be a staple in our house, and since he gave them a 4.5 rating, I have to agree. 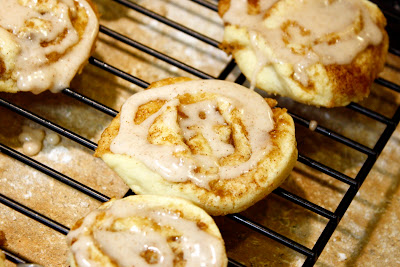 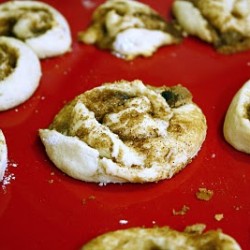 2. In 2 batches, place in plastic wrap in a disc shape and chill for at least 2 hours.

3. Once chilled, cut each disc into thirds and roll into a 1/8 inch thick oval, about 12 inches X 5 inches. Spread each rolled pieces of dough with 2 Tablespoons softened butter, 1/4 Cup packed brown sugar and 1/4 teaspoon cinnamon. Start rolling from the long end closest to you, rolling into a log shape. Using a sharp knife, cut 1/2 inch pieces of dough then place onto a parchment lined baking sheet. Bake at 350 degrees for 9-11 minutes. Remove and let cool for 5 minutes before removing from baking sheet. 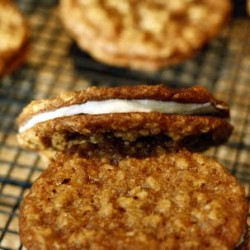 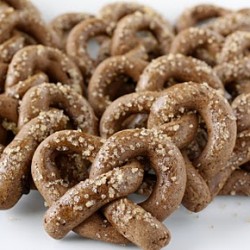