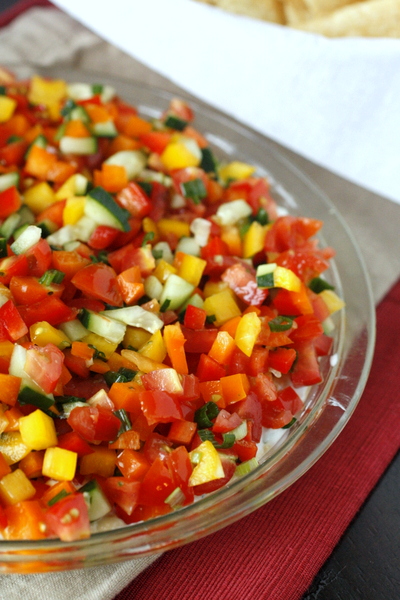 This healthy loaded veggie dip is one of my new favorite recipes! I initially made it for our family New Year’s Eve party, and I’ve made a few times since then. I love it! It’s so fresh and healthy and full of flavor. The base of the dip is a layer of hummus topped with a layer of herbed greek yogurt. Each layer by itself is good, but when you add them together and top them with a ton of freshly chopped vegetables, you’re left with a truly delicious appetizer. (Although this is not just a side dish, I’ve also eaten it as a quick lunch!) The veggies add a nice crunch, and plenty of flavor, and the dip ends up being perfectly creamy, crunchy, and just the slightest bit salty. It is so good when served with tortilla chips. I seriously couldn’t stop eating it. This is a great appetizer or snack to make to take somewhere if you want to be sure there is something healthy to munch on. This is definitely a new favorite in our house! 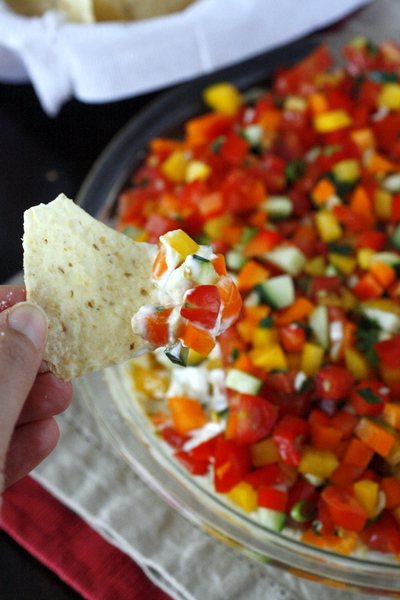 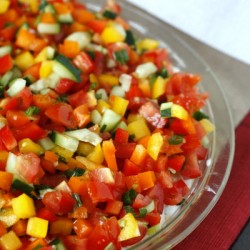 Yield: Serves 12, as an appetizer

from Steph in Thyme 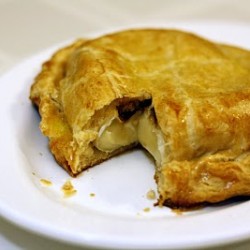 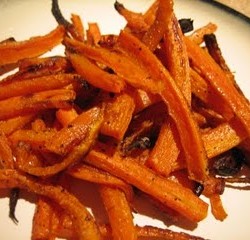 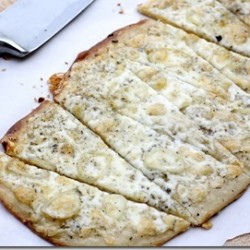